Yep, owning an air purifier is a great idea – but you’ve probably wondered if you can leave it on all the time.

Want to find out the facts? Read on to learn more!

Can I leave an air purifier on all the time? 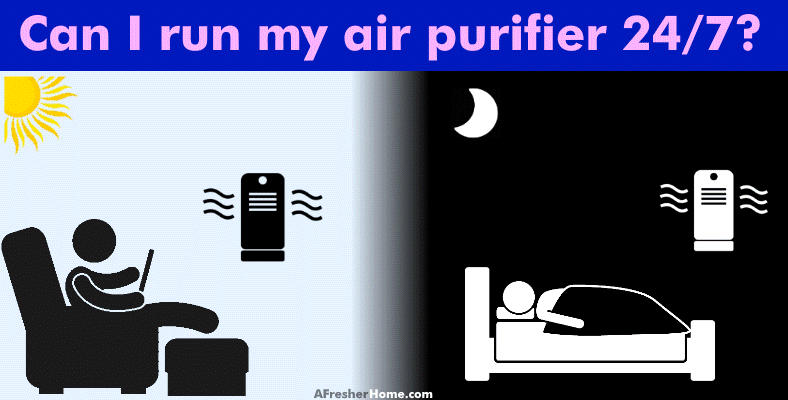 Absolutely! The majority of air purifiers are designed to run 24 hours a day continuously.

Just like most of us have a refrigerator running all the time, purifiers have been designed in such a way that their constant running is a hundred percent safe. In fact, it’s often the manufacturer’s recommendation to leave it running in order to maintain clean air in your home.

Furthermore, you’re only actually going to get the best possible air purification results if you actually leave the machine on and allow it to work.

Air in our homes is continuously moved and changed as we come and go or change locations.

Therefore, if your purifier is not permanently running, there’s no point in having one. Leaving it on for a couple of hours a day is essentially a waste of money, as there is no time for it to actually get to work removing contaminants and air pollutants.

Why you can run your air purifier all the time

Air purifiers work by continuously cycling filtering the air in a room, trapping airborne particles in their HEPA filter. That means in order to get clean, fresh air in your home you can leave an air purifier running to do its job.

However, there are some things to know:

In some cases, it can take only a short while for the air quality to gradually begin depleting once you turn it off. It will have to begin the purification process all over again the next time you switch it on.

For those who are vulnerable to allergies or breathing problems, the half an hour to five hours it will take the average unit to clean the air again could be the difference between remaining comfortable or getting your symptoms triggered all over again.

Notes on using your purifier for long periods of time

For the best results running your purifier on its highest setting for a couple of hours every day, then turning it down to medium or low for the remaining time should be more than enough to remove any airborne contaminants. Naturally, it depends on the size of the room as well as how bad the air quality problem is, too.

You may want to increase the length of time you have it on full blast if you’re especially sensitive or if your house is on the larger side.

Will leaving an air purifier running cost a lot? 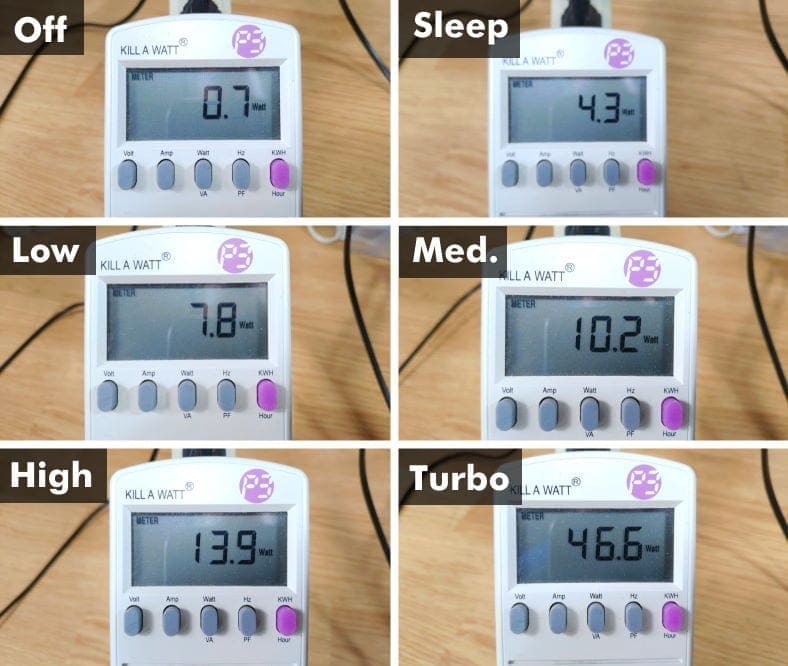 Shown here are some example power measurements that are typical for many air purifiers.

The good news is that most purifiers use only a small to medium amount of electricity on low or medium settings. Most will not have a big impact on your power bill even if left on 24/7.

For example, here are some power use numbers I’ve measured from a popular model sold for large-sized rooms:

As you can see, that’s not much! As you’ll be ordinarily leaving it on low or medium most of the time, that’s a minimal amount of power used. It’ll add on average only a few dollars per month and about $100 year depending on the power cost where you live.

Additionally, you can pick up a model with auto-sensing features as they’ll automatically change their fan speed as needed depending on the air quality in the room.

Can air purifiers be left on overnight? 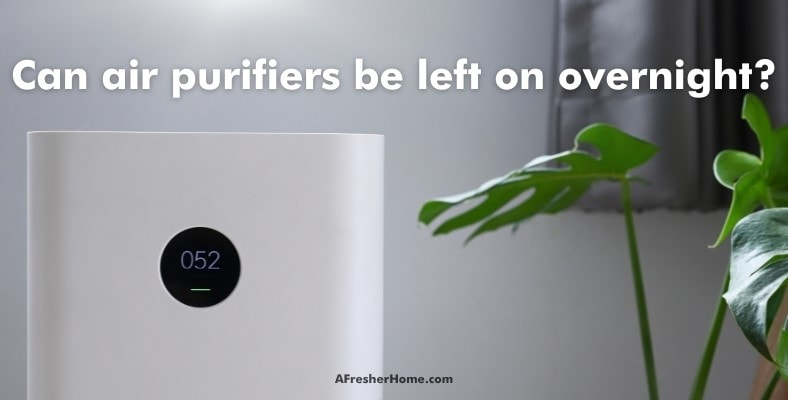 Yes, definitely. Most manufacturers will in fact encourage you to run their brand of purifier all night long, as this is the easiest way to achieve the best possible results. Continuous filtration is the best way to keep your home’s air clean!

However, there are some things to think about.

There is one potential issue – if you’re a light sleeper you might not want to be woken up by the sound of a fan running. If you’re really sensitive to sound when sleeping (like me!) then you’re best off picking a model with a sleep mode or ultra-low noise mode.

Low noise modes on a purifier are a mode in which the fan still runs but at a very low speed, so quiet in fact that it’s nearly impossible to hear in most cases.

Likewise, if you’re like me and need a fairly dark room to sleep well, the bright LED indicators or control panel backlights on some models may be big distraction. If you haven’t bought one yet, I’d recommend you shop for a model with a “night” or other low-brightness feature.

However, if you’ve already bought one you may need to cover LEDs with a black electrical tape or something similar to stop the problem.

Should I leave my air purifier on when I’m not home? 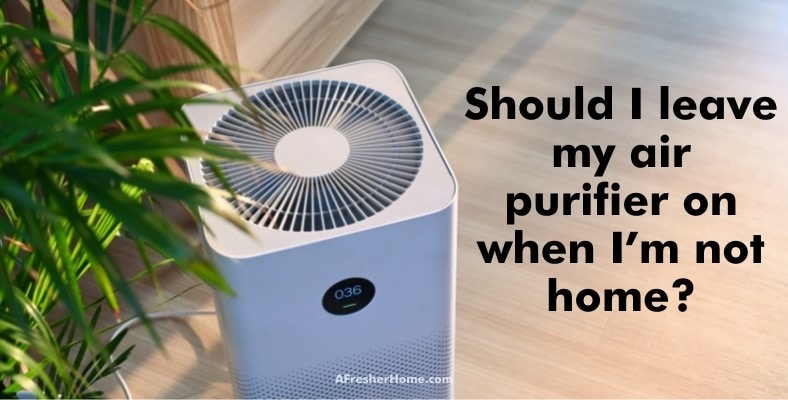 Yes – in fact, it’s important for the air purification process that it’s allowed to run uninterrupted. That way it’s able to continuously clean and regulate the quality of the air in your home. If you’re going to be going for an extended amount of time (for example, on vacation, etc.) then you could leave it off. Otherwise, leave it running.

Don’t stress out – nothing is going to overheat or start a house fire. You might be a bit worried that leaving one running is a potential problem but there’s no need to be concerned.

Like our general household appliances have been designed to stay plugged in and run continuously – sometimes all day and all night, thinking about fridges and freezers – a purifier is specifically crafted to stay cool during long running hours.

Most air purifiers use a pulse-width modulated (PWM) design that drives the electric motor with fractional pulses instead of a continuous voltage. Because of this, the motors run cool and ordinarily don’t draw a lot of power or get hot enough to cause an issue.

Though you aren’t technically home to benefit from said clean air, you want to be able to return from wherever you’ve been to a clean home that won’t take several hours to get back under control again.